The hotel in the centre of Kulmbach


Warning: "continue" targeting switch is equivalent to "break". Did you mean to use "continue 2"? in /www/htdocs/w00df174/kronprinz-kulmbach/templates/kronprinz2017_en/functions.php on line 201 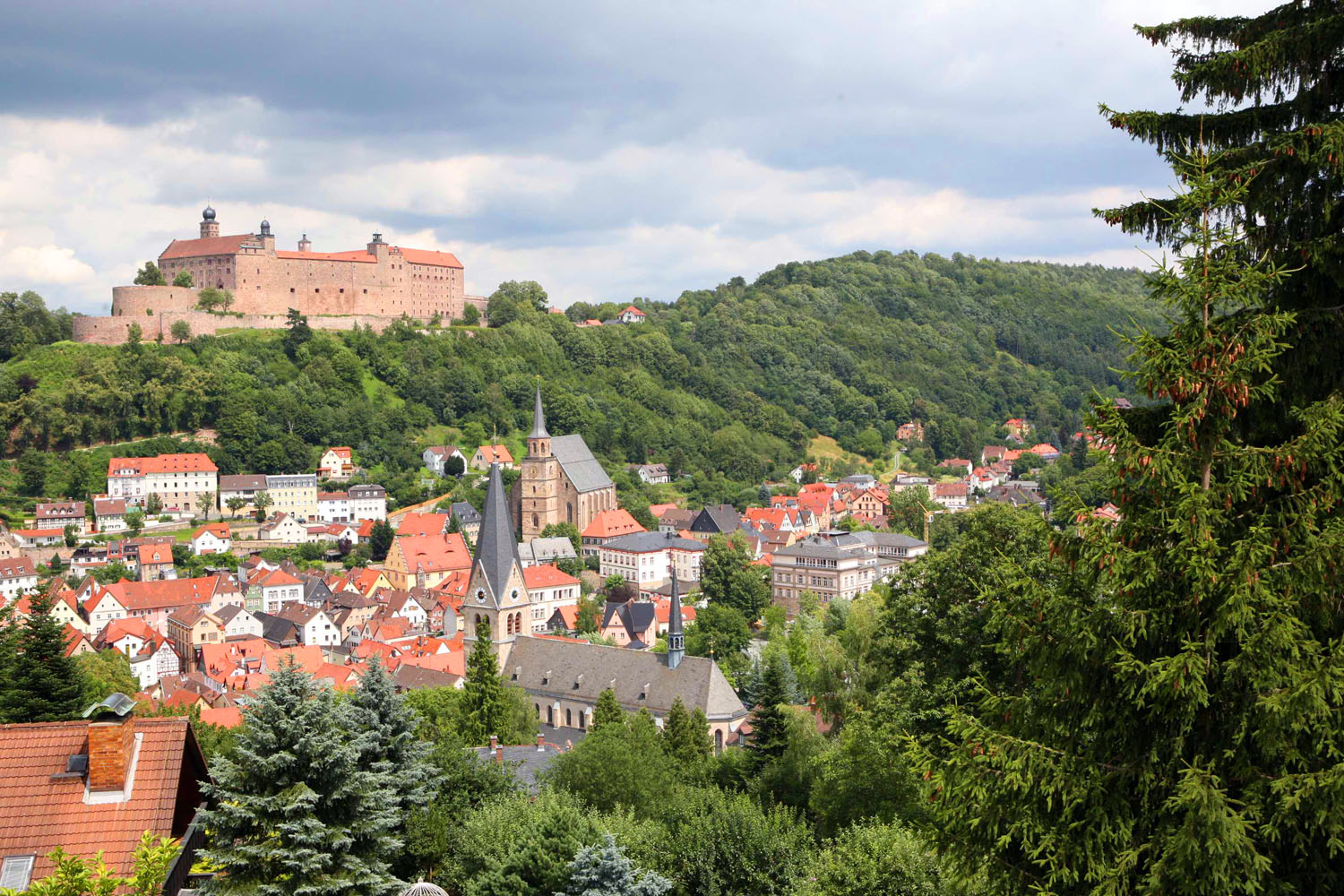 Experience warm hospitality in Hotel Kronprinz in Kulmbach. Situated in the heart of the old city, at the foot of Plassenburg Castle, it is an ideal starting point for numerous activities in idyllic surroundings. 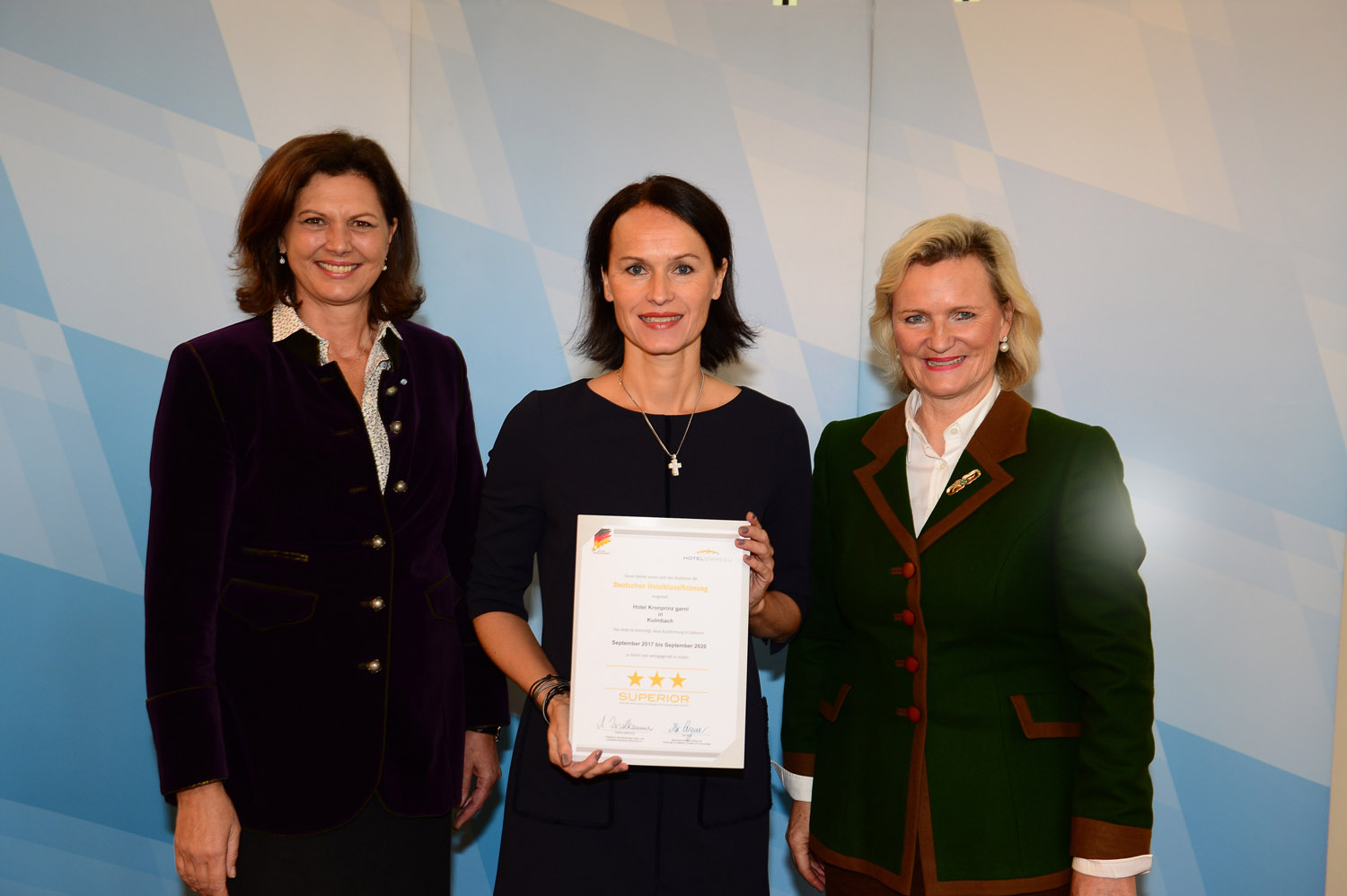 In October 2017 Hotel Kronprinz received the hotel classification 3 stars superior again. "The hotel deserves this awayrd as it is well managed, very clean and offers high standard and top quality", the classification team confirmed. Bavaria's tourism minister Ilse Aigner congratulated hotel owner on this outstanding accomplishment at a ceremony in the ministry of economics. She and Angela Inselkammer, the Bavarian president of the German Hotel & Catering Association, presented the certificate with a three-year validity.

A blend of tradition and modern age 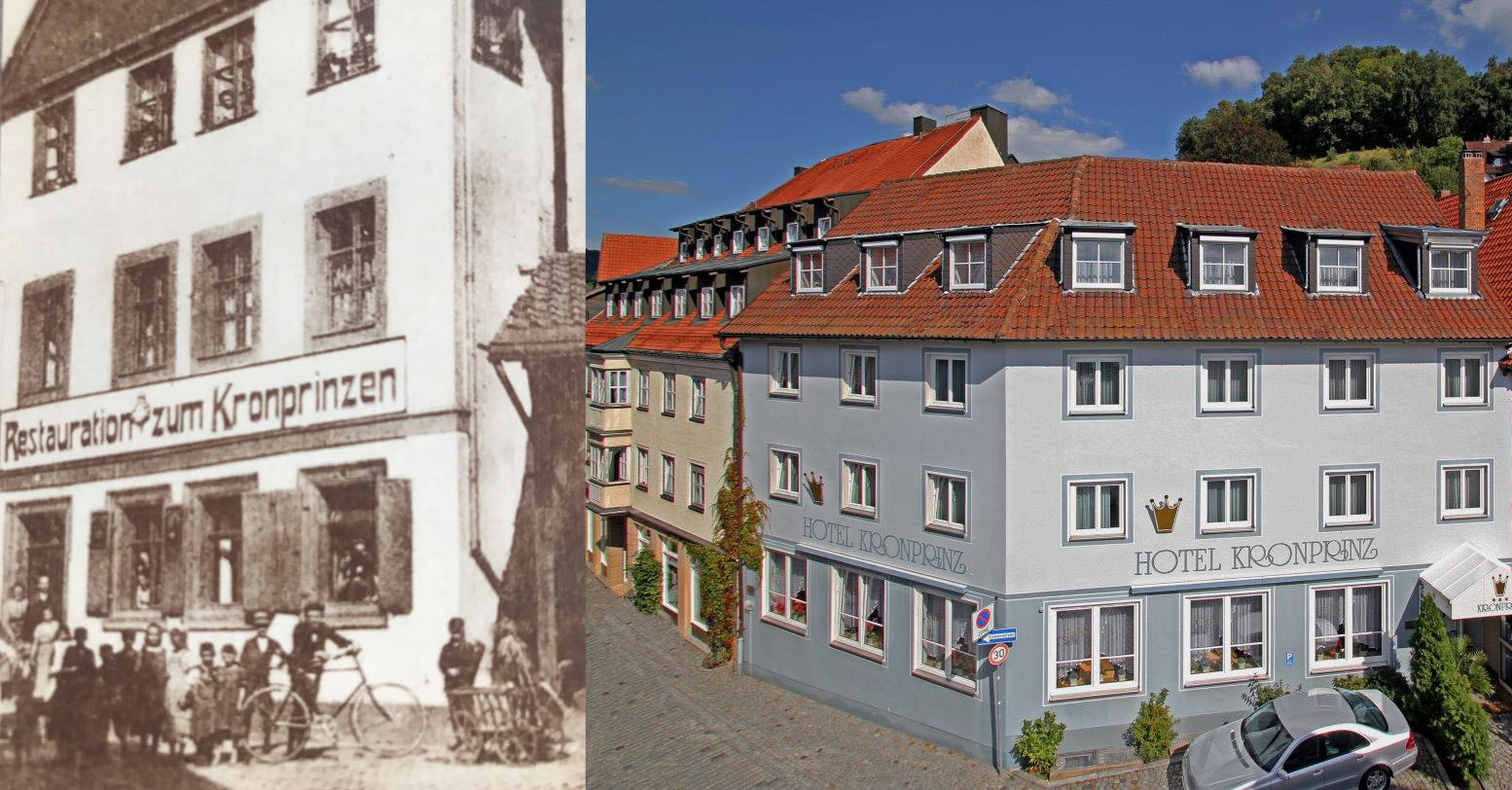 Already in 1880 guests were welcomed in Fischergasse 6 in Kulmbach. The brewer Karl Angermann ran the "Restauration Kronprinz", obviously named after crown prince of the German Reich and future Emperor Friedrich who visited Kulmbach in 1873. Owners changed several times and the hotel was rebuilt in 1963. 1989 family Reimann thoroughly renovated the building and continuing modernisation measures keep Hotel Kronprinz a place with feel-good factor and pleasant contact.

Stay 3 nights in a double room and pay for 2 (Friday to Monday or Saturday to Tuesday. Per person per night (with double occupancy)

plus breakfast. The number of rooms is limited.

We offer special terms depending on the season, arrival day and duration of the stay. Just give us a call:

We use cookies on our website. Some of them are essential for the operation of the site, while others help us to improve this site and the user experience (tracking cookies). You can decide for yourself whether you want to allow cookies or not. Please note that if you reject them, you may not be able to use all the functionalities of the site.